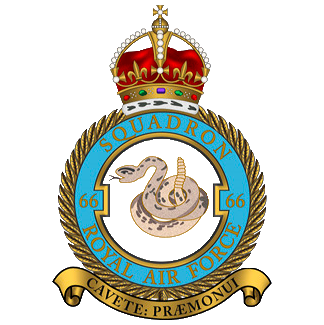 The Final Months of the War in Europe 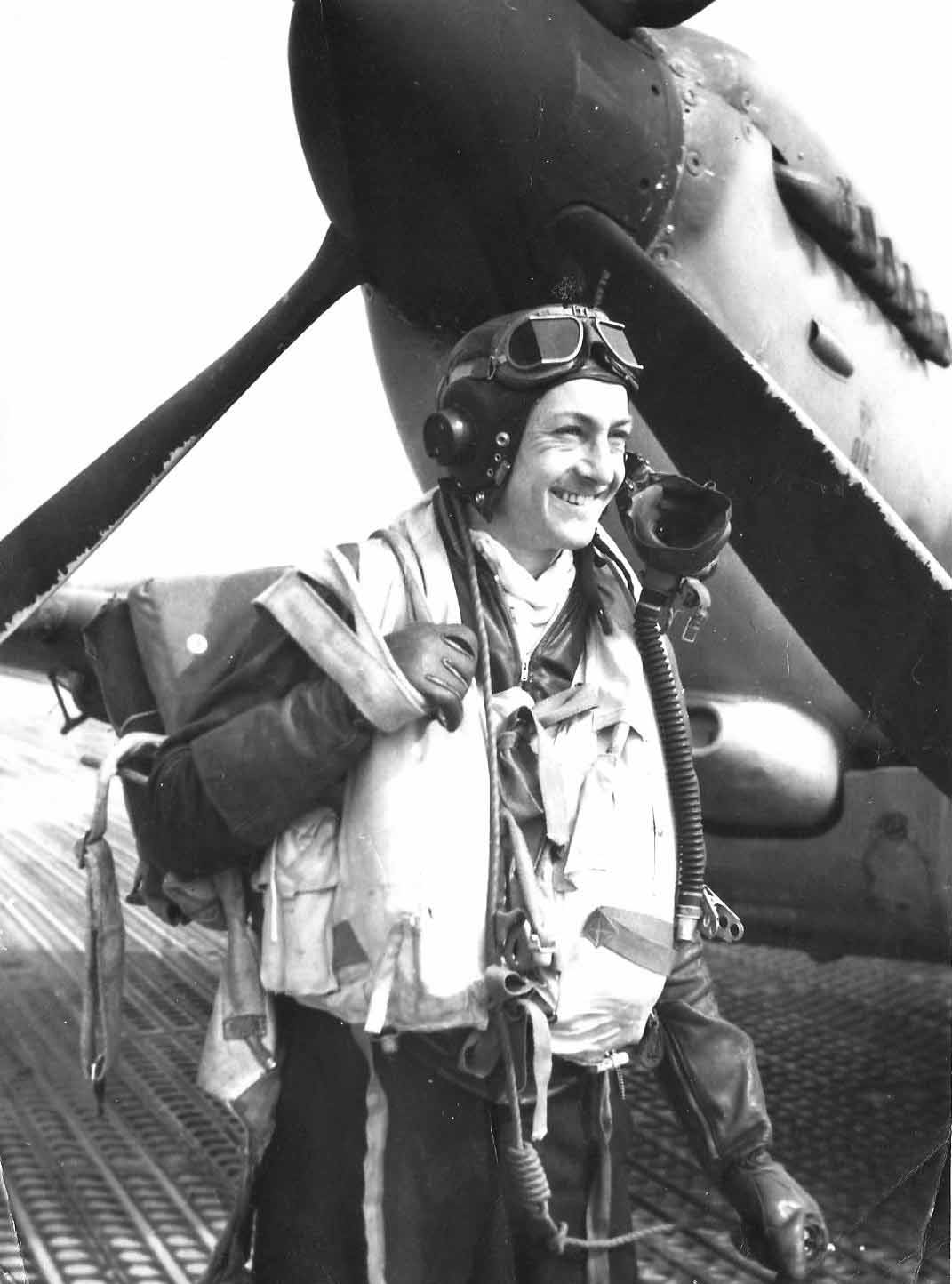 Les kitted for action.   Note the slipper fuel tank where the 500lb bomb would be placed.  The tank extended the Spitfire’s range, but came at the cost of a reduced bomb load.

Les Streete’s period of active service was during the final months of the war.   He had been one of the many thousands who had journeyed to Canada to train as a pilot.   He was good, very good, finally jointing 66 Squadron, R.A.F. in Belgium at the end of November 1944.

The German High Command was desperate.   It needed fuel and more time, believing their Vengeanance Weapons could still turn the tide for them.   From numerous bases they were firing thousands of V1 flying bombs and V2 rockets at targets in Holland and Britain. In the bitterly cold winter of 1944 came the Battle of the Bulge, a massive surprise attack against the Western Allies.   Their lines crumpled, but did not break. They fell back, held the line, then slowly moved forward.

Winter gave way to Spring.   The snows began to melt and the skies to clear. With the weather improving came the reckoning.   The Russian armies were advancing relentlessly from the East.   In the West, the Allies had amassed a mighty invasion force. It crossed the Rhine and surged forward.

The War ravaged and depleted Germany could not stand in the face of this onslaught.   It was a country facing total chaos and defeat.   Our young Australian was caught up in this frantic drive to victory. 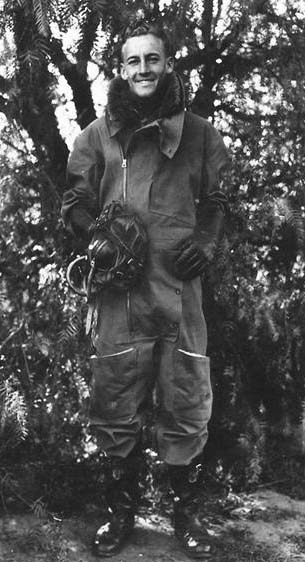 Les in flying suit, most likely the photo was taken in Australia when he was learning on Tiger Moths.

Another complimentary testimony: “Gooday Peter, I have just finished reading Never Been Hit.   I found this book so enthralling that I only put it down once, reading it in two sittings.   To make a story flow so well from diary comments backed up by personal interviews takes a rare talent and you have excelled at it.   Reading the book was like watching a war-time movie and this book would lend itself very well to that concept.”